Why are there many different religions in the world? 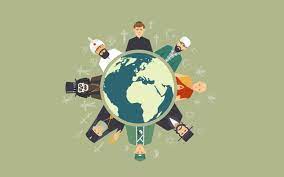 In Bhagavad-gita As It Is Krishna describes the three modes of material nature, goodness, passion and ignorance, which determine the psychological characteristics of all embodied conscious selves (living beings). A conscious self in the mode of goodness is interested in knowledge and self-realization, a conscious self in the mode of passion is interested in prestige, honor and sense gratification, and a self in the mode of ignorance takes pleasure in sleep, intoxication, laziness and destructive habits. Human beings are generally influenced by a mixture of these modes, with certain modes predominating for certain persons. These modes influence everything in this material world, such as the kind of work a person is attracted to, the kind of music one is attracted to, and the kinds of food one likes to eat.

Thus, when one turns toward religion, he is naturally attracted to a religion that fits in with the particular modes he is influenced by. Some religions involve techniques of black magic aimed at harming or killing enemies, or gaining control over other people. Some teachings insist that God cannot be known and thus one must submit without questioning. Some religions emphasize how God can help you enjoy the material world or help you out of a suffering condition. Adherents of these religions are not interested in finding out who or what God actually is; they are only interested in the concept of God which puts them in the position of receiving rather than giving, since they have nothing to give. They mask God with the concept that is out of reach for the living beings making them feel powerless and fearful and easy to control. To recognize those teachings

Some religions, which recognize the faults inherent in trying to enjoy the material world, aim at pure self-realization. Those religions and teachings do exist and they excell far above any conventional religious teachings we know today. One of them is called The Gaudiya Vaishnava or Vaishnavism.

A religion that aims at actual realization of the self and God, culminating in devotional service to God for His pleasure, is transcendental religion, beyond the three modes of material nature.