KrishnaPath.org is maintained by devotees (just like you) that freely volunteer their time, energy and resources to make the transcendental wisdom left to us by Srila Prabhupada and our acharyas freely available to the world. 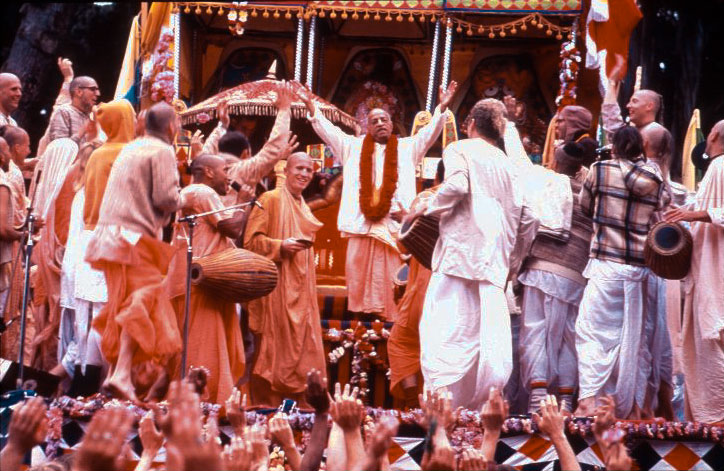 Our guru Srila Prabhupada has instructed us: “I [Srila Prabhupada] have told Los Angeles tape-making operation that they should distribute to our devotees at cost price… We should not make exorbitant profit by exploiting each other in the matter of vital Krishna Consciousness paraphernalia such as books, tapes, etc. which are vital for our preaching work and for the devotees’ personal advancement in Krishna Consciousness.” (Prabhupada Letter to: Hamsaduta – Jaipur 20 January, 1972)

Prabhupada: There is no consideration of big profit. Simply we want big number, distribution. That’s all. Gopala Krsna: Also this will increase our prestige as a movement. Prabhupada: Big number, as big as possible. My Guru Maharaja, he had magazines in six languages: English, Hindi, Bengali, Oriya, Assamese, and one Bengali daily. So if our men complained that “Such and such men are not giving their subscription, so, what we can do? Stop the supply?” Oh, he would become very angry. He asked them, “Are you commercial-hired fools? No! Supply free!” He used to say like that. He was asking, “Whether we shall stop supply? The subscription is not coming.” So immediately he became angry: “Are you commercial-hired? If he’s not giving price, supply him free.” That was his policy. So less perfect or…, try to see how many numbers of books. (Room Conversation – January 10, 1977, Bombay)

The family of KrishnaPath.org follow these instructions given by Srila Prabhupada.

We are all entitled to the wisdom left to us by Krishna the supreme personality of Godhead and Srila Prabhupada, as well as all the great self realized saints and sages.

The wisdom, writings, lessons and life stories of the self realized beings are not the property of anyone, they are meant for the benefit of the whole of human society! In this dark age of quarrel, chaos and confusion (Kali yuga) wisdom should be distributed without restriction as widely as possible. If we try to restrict the distribution of wisdom, thinking that it is our private property, or that we are the doer and we need to make money from the wisdom left to us by the acharyas we are cheating ourselves and the world. So all the content on KrishnaPath.org will always be free.

If in the distribution of wisdom you feel hurt or would like to restrict it in any way we sincerely apologize to you and ask you to forgive us.

Srila Prabhupada says in his Srimad Bhagavatam 4.22.47: “Actually no one can render better service than one who distributes the knowledge of spiritual realization in relation with the Supreme Personality of Godhead.”

“A Vaisnava should think always, “Oh, so many people are suffering. What I am doing for them?” That is Vaisnava. Para-duhkha-duhkhi.” (Prabhupada Morning Walk – December 5, 1973, Los Angeles)

To conclude we ask you to please read this nice story Srila Prabhupada tells about the sharing of transcendental wisdom:

“Ramanujacarya, he was a great acarya of this Vaisnava sampradaya. His spiritual master gave him mantra: “My dear boy, you chant this mantra silently. Nobody can hear. It is very…” So then he asked, “What is the effect of this mantra?” He said, “By chanting this mantra, by meditation, you’ll get liberation.” So he immediately went out and in a public, big meeting he said that “You chant this mantra. You’ll be all liberated.” (laughter) So he came back to his spiritual master, and his spiritual master was very angry that “I told you that you should chant silently.” He said, “Yes, I have committed offense. So whatever punishment you like, you can give me. But because you told me that this mantra will liberate, I have given it publicly. Let everyone hear and be liberated. Let me go to hell. I don’t mind. I have disobeyed your order. Let me go to hell. I am prepared. But by this chanting mantra, if anyone is liberated, let it be publicly distributed.” His spiritual master embraced him: “You are greater than me.” You see? So if a mantra has so power, why it should be secret? It should be distributed. People are suffering.” (Prabhupada Room Conversation With John Lennon, Yoko Ono, and George Harrison – September 11, 1969, London, At Tittenhurst).

Love of Krishna is all about seva (devotional service) and sharing, so…

Please send any files (texts, images, programs etc) that you would like to share with the Vaisnava community to: 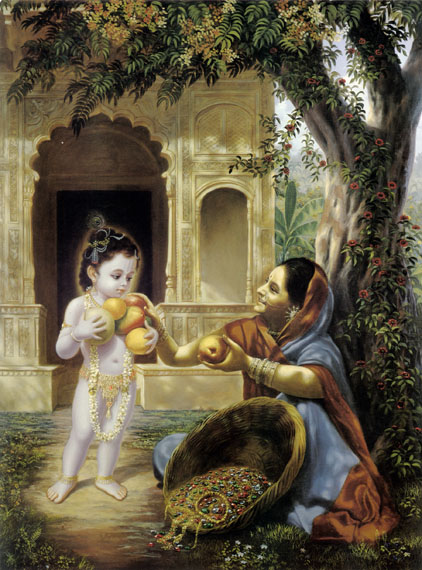 The minimum current cost of hosting this site for one month:

Approximate Total of $91.00/per Month

To donate or sponsor this site for either one month, or several months, please contact us at

Important note about the original books:

As of now the only 100% original and approved (pre 1978) text versions of Srila Prabhupada’s books are the scans available on this website Krishnapath.org

The digital text versions, such as what are found in the Vedabase, are not perfect replicas of the books that were printed during Srila Prabhupada’s presence. There are no digitized versions of these books available anywhere as of now, except the original book SCANS available on this site krishnapath.org for free download.

We are working hard to preserve and distribute the original, authorized and blessed books of Srila Prabhupada and to eventually have digitized versions of all his original works.

So far the Krishnapath.org volunteers have completed the very first laborious task of manually scanning every page of all those texts and making them available on this site for you to download for free simply as raw book scans. The “Original Book Vedabase” is the closest thing available in digital text format and is an early step of the preservation process although not identical to the actual books that were printed during Srila Prabhupada’s manifest presence.

The next step that we are actively working on is to manually go through all the scans and word by word, comma by comma reproduce them into fully functioning digitized text files that are compatible with all computers, smartphones, and tablets. Everything will be 100% the original way, as Srila Prabhupada has clearly instructed us “The next printing should be again to the original way.” We currently have the original book scans available for free download on this page.

It is a huge laborious task to produce/digitizing thousands of pages of text from the original book scans identical to the original material as Srila Prabhupada personally approved and blessed it including all the original cover art and color plates (all original paintings in the books) with copy and pastable text and even active clickable chapter hyperlinks. But by the mercy of Krishna and Srila Prabhupada someone has stepped forward to do this huge task. Upon completion those texts will be immediately available for free download on the KrishnaPath.org website in all digital formats such as PDF, ePub, Kindle etc.

As mentioned, upon completion, the files will be available on the KrishnaPath.org website for free download to the world in all major formats!

For any questions or to donate to this project please email info@krishnapath.org

For one time donation

Thanks for your Support!! Regards Krishna path Team