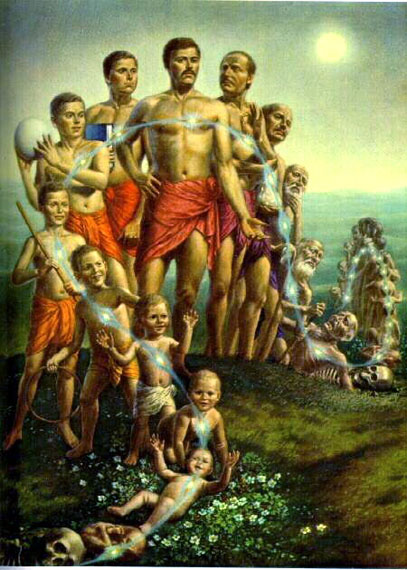 A.C. BHAKTIVEDANTA SWAMI PRABHUPADA – Krishna consciousness is not a question of belief; it is a science. The first step is to know the difference between a living body and a dead body. What is the difference? The difference is that when someone dies, the spirit soul, or the living force, leaves the body. And therefore the body is called “dead”. So, there are two things: one, this body; and the other, the living force within the body.

We speak of the living force within the body. That is the difference between the science of Krishna consciousness, which is spiritual, and ordinary material science. As such, in the beginning it is very, very difficult for an ordinary man to understand the importance of our movement. One must first understand that he is a soul, or something other than his body. For example, as a child grows, he becomes a boy, the boy becomes a young man, the young man becomes an adult, and the adult becomes an old man. Throughout all this time, although his body is changing from a child to an old man, he still feels himself to be the same person, with the same identity. The body is changing, but the occupier of the body, the soul, is remaining the same. So we should logically conclude that when our present body dies, we get another body. This is called transmigration of the soul.