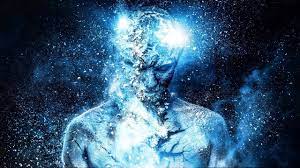 According to historical accounts, the ancient yogis of India could become smaller than atoms and lighter than air and could travel, unaided, anywhere in the universe. Yet even these superachievements, says Srila Prabhupada, are “only a step forward.” How the true pinnacle of human consciousness, superconsciousness, is obtainable—here and now—is disclosed by Srila Prabhupada in the following talk given in 1967.

A.C. BHAKTIVEDANTA SWAMI PRABHUPADA – Krishna consciousness is the highest yoga performance by trained devotional yogis. The yoga system, as is stated in the standard yoga practice formula given by Lord Krishna in the Bhagavad-gita, and as recommended in the Patanjali yoga discipline, is different from the nowadays practiced hatha-yoga as is generally understood in the Western countries.

In this connection, the example of the sun is very nice. An individual person may be situated in one place, but the sun, even though a specific individual entity, is present over the head of every individual person. In the Bhagavad-gita this is very nicely explained. Therefore, even though the qualities of all entities, including the Lord, are equal, the Supersoul is different from the individual soul by quantity of expansion. The Lord, or Supersoul, can expand Himself into millions of different forms, while the individual soul cannot do so.

The Supersoul, being seated in everyone’s heart, can witness everyone’s activities, past, present, and future. In the Upanisads the Supersoul is said to be sitting with the individual soul as a friend and witness. As a friend He is always anxious to get the individual soul back home, back to Godhead. As a witness, He is the endower of all benedictions that result from the individual’s actions. The Supersoul gives the individual soul all facility for achieving whatever he may desire. But He instructs His friend, so that he may ultimately give up all other engagements and simply surrender unto God for perpetual bliss and eternal life, full of knowledge. This is the last instruction of the Bhagavad-gita, the most authorized and widely read book on all forms of yoga.

In the beginning of Krishna consciousness this dictation of the Lord is received through the transparent medium of the spiritual master. When one is sufficiently trained and acts with submissive faith and love for Krishna, under the direction of the bona fide spiritual master, the dovetailing process becomes more firm and accurate. At this stage Krishna dictates from within. From without, the devotee is helped by the spiritual master, the bona fide representative of Krishna, and from within the Lord helps the devotee as caitya-guru, being seated within the heart of everyone.

Simply to understand that God is seated in everyone’s heart is not perfection. One has to be acquainted with God from within and without and thus act in Krishna consciousness. This is the highest perfectional stage for the human form of life, and the topmost stage in all yoga systems.

For a perfect yogi there are eight kinds of superachievements:
1. One can become smaller than an atom.
2. One can become bigger than a mountain.
3. One can become lighter than the air.
4. One can become heavier than any metal.
5. One can achieve any material effect he likes (create a planet, for example).
6. One can control others like the Lord can.
7. One can freely travel anywhere within (or beyond) the universe.
8. One can choose his own time and place of death, and take rebirth wherever he may desire.
.

But when one rises to the perfectional stage of receiving dictation from the Lord, one is above the stage of the material achievements above mentioned.

The breathing exercise of the yoga system that is generally practiced is just the beginning of the system. Meditation on the Supersoul is just a step forward. Achievement of wonderful material success is also only a step forward. But to attain direct contact with the Supersoul and to take dictation from Him is the highest perfectional stage.

The breathing exercises and meditational practices of yoga are very difficult in this age. They were difficult even five thousand years ago, or else Arjuna would not have rejected the proposal of Krishna. This age of Kali is called a fallen age. At the present moment, people in general are short-living and very slow in understanding self-realization, or spiritual life. They are mostly unfortunate, and as such, if someone is a little bit interested in self-realization, he is misguided by so many frauds. The only actual way to realization of the perfect stage of yoga is to follow the principles of the Bhagavad-gita as they were practiced by Lord Chaitanya Mahaprabhu. This is the simplest and highest perfection of yoga practice.

Lord Caitanya practically demonstrated Krishna consciousness yoga simply by chanting the holy names of Krishna, as they are mentioned in the Vedanta, the Srimad-Bhagavatam, and many important Puranas. The largest number of Indians follow this yoga practice, and in the United States and other countries also it is gradually growing in many cities. It is very easy and practical for this age, especially for those who are serious about success in yoga. No other process can be successful in this age.

The meditational process in right earnest was possible in the Golden Age, Satya-yuga, because the people at that time lived for a hundred thousand years on the average.

In the Bhagavad-gita this practice of Krishna consciousness is described as raja-vidya, the king of all erudition; raja-guhyam, the most confidential system of spiritual realization; pavitram, the purest of all that is pure; susukham, very happily performed; andavyayam, inexhaustible.

Those who have taken to this most sublime bhakti-yoga system, this practice of devotional service in transcendental love of Krishna, can testify to how they are nicely enjoying its happy and easy execution. Yoga means controlling the senses, and bhakti-yoga means purifying the senses. When the senses are purified, they are also, automatically, controlled. You cannot stop the activities of the senses by artificial means, but if you purify the senses, not only are they kept back from rubbish engagement, but also they become positively engaged in transcendental service to the Lord.