Maria Sharapova gets A Bhagavad-gita

This summer KrishnaPath was on the Vans Warped Tour distributing Srila Prabhupada’s books. One day at the Massachusetts Warped Tour I met a nice young man and woman who each bought Srila Prabhupada’s original Bhagavad-gita As It Is. The lady was very interested in spirituality and eastern philosophy and was asking questions so we began talking. After some time in our conversation, they told me that actually, they are famous tennis players And if I remember correctly the man said he is a skier. They told me they were on a world tour and today decided to come out to the warped tour.

I at first did not believe them and thought that they were just joking with me (I mean what are world-famous tennis players doing at the warped tour? – I guess Krishna sent them there so they can get Srila Prabhupada transcendentally wonderful books, why else?).

Anyway, they said, “no really we are not lying, google us”. The woman told me her name is Maria Sharapova and the man said his name is Hunter Lathrope.

So I found a scrap of paper and took down their names and did not think much more of it (wanting to get back to distributing Srila Prabhupada’s books to more people), still thinking that they were just joking with me.

With the Warped Tour over was, I found that little scrap of paper I had scribbled down their names on and entered it into google.

Lo-and-behold they were not joking. That lady that bought Srila Prabhupada’s original Bhagavad-gita from me is one of the most famous women professional tennis players in the world and also a model. Try it, google her name I did…

Here is some info about her that was taken from Wikipedia ( http://en.wikipedia.org/wiki/Maria_Sharapova )  if you are curious:

As of August 27, 2012, Maria Yuryevna Sharapova is ranked world #3. She has won 27 WTA singles titles, including four Grand Slam singles titles, and won the year-end WTA Tour Championships in 2004. The Women’s Tennis Association has ranked her world No. 1 in singles on five separate occasions, for a total of 21 weeks. She became the world No. 1 for the first time on August 22, 2005, and regained the ranking for the fifth time on June 11, 2012. 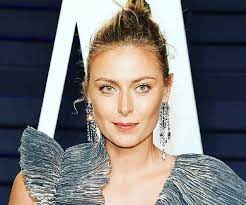 I only have one regret in meeting that nice couple.
Thinking they were just joking with me, I did not get a picture of them smiling and holding Srila Prabhupada’s Bhagavad-gita.

Her greatest achievement as of yet! 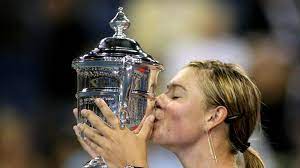