Desire Is the Constant Companion of the Soul 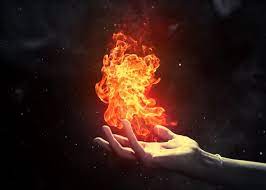 The spiritual master A.C. Bhaktivedanta Swami Prabhupada and his disciple discuss the ideas of the German philosopher Arthur Schopenhauer (1788-1860) in terms of the philosophy of the Vedas.

Disciple: For Schopenhauer, happiness meant inactive satisfaction—nirvana. Since he thought that the will to enjoy the material world is the irrational urge that brings about all suffering, he advocated the extinction of the will. In his main book, The World as Will and Idea, he wrote, “The Indian Vedas and Puranas have no better simile than a dream for the actual [material] world, which they call ‘the web of maya,’ and they use none more frequently.” From this Schopenhauer concluded, “Life is a long dream….What is this world of perception but my idea?” He goes on to conclude that life is a projection of the will.

However, Schopenhauer was wrong in thinking that you can become happy by extinguishing your will. Since you are a living being, you must always have desires. If your desires are stopped, you become like a stone. So instead of trying to put an end to all desire, you should try to cleanse the diseased form of desire. That cleansing process is Krishna consciousness (bhakti). Presently our desires are desires of the body. When the living entity acquires the body of an American, a European, a Chinaman, or whatever, he desires like a human being. When he changes his body to that of a dog, he spends his time barking. According to his desires, he has received a particular type of body. But these desires are temporary, and thus the living entity moves from one body to another. Because he is materially covered, he considers the temporary world to be reality; but because it is constantly changing, it is not. Therefore, in one sense, this material world is all a dream.

Disciple: And trying to enjoy this dream is the source of frustration?

Srila Prabhupada: Yes, because it is a fact that we cannot fulfill our material desires, which come and go like dreams. All material activities, subtle or gross, are manifestations of various dreamlike desires. Therefore, the impersonalist Mayavadi philosophers say brahma satyam, jagan mithya: “The dreamer is a fact, but the dream is false.” Our Vaishnava philosophy agrees that the dreamer is the factual living entity; but we say that the dream of this material world is not false—but temporary. Therefore the dreamer has to come to the real, eternal spiritual platform so that his flickering material dreams can be extinguished. As explained in the Narada-pancaratra,

“Bhakti, or devotional service, means engaging all our senses in the service of the Lord, the Supreme Personality of Godhead, the master of all the senses. When the spirit soul renders service unto the Supreme, there are two side effects: he becomes free from all false material designations, and his senses become purified.” When one abandons the dream and awakens to reality, that is Krishna consciousness, or bhakti.