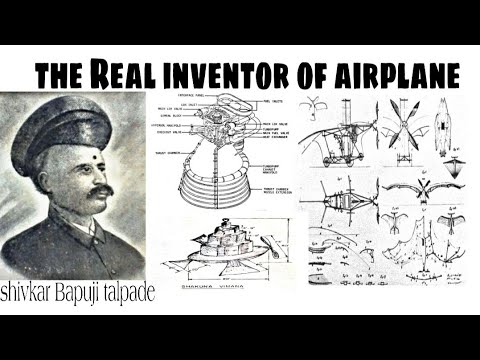 The first artificial satellite launched was the Russian Sputnik, in 1957. Before this rockets were used to launch missiles for warfare. British learnt this technology from Tipu Sultan of India.However,the first rocket into space was German V2. The modern flying machines and space technology is very new,not older than a century. However there are many ancient books that passionately assert that technologically advanced aircraft and spacecraft were in common use over the Indian subcontinent thousands of years ago. These same sources prove that advanced space propulsion techniques being researched by NASA are in fact directly inspired by ancient flying machines invented by Indians thousands of years ago.

In Ramayan we learnt that, demon King Ravana of Lanka (ancient Sri Lanka) brought to the country something called the Pushpaka Vimãna,snatching it from Lord Kubera. Vimãna literally means a flying machine. The Pushpaka Vimãna was King Ravana’s flying palace, shaped like a giant peacock,which could fly at the speed of thought. Every country has their stories and legends. How is this ancient flying machine relevant today?

Indian scriptures tell of these ancient flying machines. A publication called the Vaimãnika Shastra or the Science of Aeronautics, is a 20th century text written by one Subbaraya Shastry of South Indian state sometime between 1918-1923. The existing text is said to only be a small section of larger (lost) works of Ancient Indian Scientific & Technological Marvels.

The information provided in this book is believed to have been obtained by psychic channelling with the ancient Saint Bharadwaja. Subbaraya Shastry was believed to have contracted leprosy. He left his home and spent nine years living in the forest. During this time he is supposed to have spoken with the ancient saint (sage Bharadvaja) and was enlightened with this new found knowledge of flying machines. He later returned home (as he also had been cured of leprosy), but Shastry could not read or write so he dictated his new knowledge over the period of 5 years( 25 years after the psychic experience itself). The dictated text was apparently discovered in 1952 by G.R Josyer who later translated it into English in 1973. This publication contains eight chapters claiming that ancient vimãnas from the King Ravana legend were actually feasible flying machines, perhaps even similar in ability to rockets.

The text indicates that propulsion was provided using rotating gyroscopes of electricity and mercury. It aims to provide information to pilots on the secrets of hearing and destroying enemy planes at the same time remaining motionless, unbreakable and invisible. According to American author David Hatcher Childress (born 1957), another ancient Indian piece of work that he decoded, Samarangana Sutradhara reveals that these ancient flying vimãnas, referred to in ‘Vaimãnika Shastra’ were powered by the metal mercury. He states in the text which says “By means of the power latent in the mercury which sets the driving whirlwind in motion, a man sitting inside may travel a great distance in the sky…” This powerplant is referred to as a “Mercury Vortex Engine”.

Wright brothers invented the first aeroplane ever, that’s what we learnt. But, a hundred years after Orville Wright’s first flight, but the truth is something else. That Shivkar Bapuji Talpade was the man who flew an unmanned aircraft, eight years before Wrights did.

Orville Wright demonstrated on December 17th, 1903 that it was possible for a ‘manned heavier than air machine to fly’. But, in 1895, eight years earlier, the Sanskrit scholar Shivkar Bapuji Talpade had designed a basic drone (remote-controlled pilotless aircraft) called Marutsakha. (Meaning Friend of Wind) An unmanned plane based on Vedic technology of Vaimanika Shastra..it had taken off before a large audience on the Chowpathy beach of Mumbai. Talpade’s unmanned aircraft flew to a height of 1500 feet before crashing down and the historian Evan Koshtka has described Talpade as the ‘first creator of an aircraft’.

From a young age, Talpade was attracted by the Vaimanika Sastra (Aeronautical Science) expounded by the great Indian Sage Maharishi Bhardwaja. One western scholar of Indology Stephen-Knapp has put in simple words or rather has tried to explain what Talpade did and succeeded.

NASA (and other Space research organisations) have been experimenting with the ion propulsion concept since the 1950s.  In an ion propulsion engine, the gas is held in a chamber surrounded by magnets. An electrical charge causes the atoms to lose electrons, therefore turning them into ions. As the ionised gas jet is expelled out of the craft, it is then propelled in the opposite direction.In the 1970s when this technology was being trialled in earthbound laboratories.Thought to be one of the more dangerous metals and exposure to it can cause various health problems. After determining that both these elements were much too toxic and dangerous to use, scientists turned to using Xenon, an odourless, colourless gas which is generally unreactive.

This futuristic idea was used on the Dawn spacecraft. This craft was launched in 2007 and travelled towards the asteroid belt using ion propulsion engines visiting Vesta. It is intended to reach the dwarf planet Ceres located in the asteroid belt in February of 2015. These experiments by NASA in the 1970s may have been the inspiration for the legend that NASA is trying to build space vehicles pushed along by the mercury vortex engines of Indian legend.

So despite learning that ancient Indians were aware of flying machines that used mercury as a propellant, this not something which NASA could harness ever.  Although ion engines using mercury were tested in the past they are not in use now.

The mercury propellant is first vapourised fed into the thruster discharge chamber ionised converted into plasma by a combination with electrons broke down electrically and then accelerated through small openings in a screen to pass out of the engine at velocities between 1200 to 3000 kilometres per minute. But so far NASA has been able to produce an experimental basis only a one pound of thrust by its scientists a power derivation virtually useless. But 108 years ago Talpade was able to use his knowledge of Vaimanika Shastra to produce sufficient thrust to lift his aircraft 1500 feet into the air.

But this success of an Indian scientist was not liked by the Imperial rulers. Warned by the British Government the Maharaja of Baroda stopped helping Talpade. It is said that the remains of the Marutsakthi were sold to ‘foreign parties’ by the relatives of Talpade in order to salvage whatever they can out of their loans to him. Talpade’s wife died at this critical juncture and he was not in a mental frame to continue his research. But his efforts to make known the greatness of Vedic Shastras was recognised by Indian scholars, who gave him the title of Vidya Prakash Pra-deep.

At an aeronautical conference in Chennai Talpade's flight was discussed by foreign delegates. D H Bedekar, the one-time principal defence scientific officer, has said Mr Talpade's plane for some technical reasons failed to operate to its full design limits.

Talpade wanted to unravel the mystery with further experiments. He even made an appeal for funds some Rs 50,000 at a public meeting in Ahmedabad he had addressed. But to no avail. As his biographer, Professor Kelkar, wrote: "His efforts crashed like a bird whose wings are slashed."

In contrast, the US army donated 25,000 dollars to the Wright brothers to pursue their feat. In turn, the brothers' invention redefined how the US fought its wars.

And so, some say that Talpade passed away in 1916 un-honoured, in his own country.
Author
Nishant Sharma
Krishnapath Volunteer