From Moses to Mahaprabhu 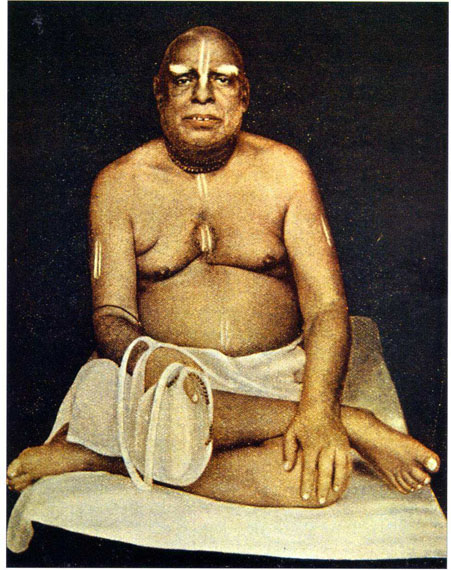 By studying the history of the world, it is found that the spiritual science reached its peak in Navadvip. The Supreme Absolute Truth is the only object of love for the living entities. Unless one worships Him with attachment, however, the living entity can never attain Him. Even if a person gives up all affection for this world and thinks of the Supreme Lord, He is still not easily achieved. He is controlled and attained by transcendental mellows alone. These mellows are of five types – shanta, dasya, sakya, vatsalya and madhurya.

The first mellow, shanta, is the stage in which the living entity surpasses the pains of material existence and situates himself in transcendence. In that state there is a little happiness, but no feeling of independence. At that time the relationship between the practitioner and the Lord is not yet established.

Dasya rasa is the second mellow. It contains all the ingredients of shanta rasa as well as affection. “The Lord is my master, and I am His eternal servant”. This type of relationship is found in dasya rasa. No one cares much for any of the best things of this world unless they are connected with affection. Therefore dasya rasa is superior to shanta rasa in many ways.

Sakya is superior to dasya. In dasya rasa there is a thorn in the form of awe and reverence, but the main ornament in sakya rasa is the feeling of friendship in equality. Among the servants, one who is a friend is superior. There is no doubt about it. In sakya rasa all the wealth of shanta and dasya is included.

It is easy to understand that vatsalya is superior to sakya. A son gives more affection and happiness than any friend. Therefore in vatsalya rasa we find the wealth of four rasas. Although vatsalya rasa is superior to these other rasas, it appears insignificant before madhurya rasa. There may be many secrets unknown between father and son, but this not the case between husband and wife. Therefore, if we deeply consider, it will be seen that all the above-mentioned rasas attain perfection within madhurya rasa.

If we go through the histories of these five rasas, it is clearly understood that shanta rasa was seen in the beginning days of India. When the soul was not satisfied after performing sacrifices with material ingredients, then transcendentalists like Sanaka, Sanatana, Sanat-kumara, Sananda, Narada and Lord Shiva all became detached from the material world, situated in transcendence and realized shanta rasa.

In the age of Dvapara, Uddhava and Arjuna became the qualified authorities of sakhya rasa. They preached this rasa throughout the world. Gradually that rasa expanded up to the Arabian countries and touched the heart of Mohammed, the knower of religious principles.

Vatsalya rasa manifested throughout India in different forms at different times. Among the different forms, vatsalya mixed with opulence crossed India and appeared in a great personality named Jesus Christ, who was a preacher of Jewish religious principles.

Madhurya rasa first shone brightly in Braj. It is extremely rare for this rasa to enter the hearts of conditioned souls, because this rasa tends to remain with qualified, pure living entities. This confidential rasa was preached by Chaitanya Mahaprabhu, the moon of Navadvipa, along with His followers.

Till now, this rasa has not crossed beyond India. Recently a scholar from England named Newman realized something about this rasa and wrote a book about it. The people of Europe and America have not been satisfied with vatsalya rasa mixed with opulence as preached by Jesus Christ. I hope, by the grace of the Lord, in a very short time they will become attached to drinking the intoxicating nectar of madhurya rasa.