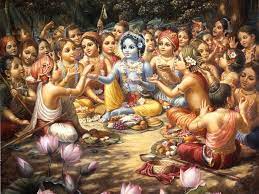 You can indeed reap a lot of benefits by being a vegetarian and people have become more aware of the health benefits of being a vegetarian. Animal rights issues is only one of the reasons why people decide to go on a vegetarian diet. People are beginning to care more about the environment. However, the main reason why people go on vegetarian diet is because of health benefits. Meat is not good for you as it clogs your thinking. This is especially true if you eat red meat; white meat has less fat compared to red meat. Excessive intake of fats into your body can result in having a high level of cholesterol.

If you think that not eating meat is going to make you look scrawny or unhealthy please think again. Just imagine that cows, goats, gorillas, elephants, rhinoceroses and so on are all vegetarians (herbivores) but look at how tough these animals are, not to mention their life span which is longer compared to the carnivores (meat eating animals). If you look at the chicken and vulture (carnivores), these animals eat just about everything and notice

how unhealthy these animals look. The Chinese believe that the chi or life force in your body is less when you consume meat and so do the Indians with their ancient yogic principles, their life force was called prana. The great Tai Chi masters of China were adept at preserving their chi, even if some of the masters were not vegetarians, they still had a balanced diet. It has now been scientifically proven that a balanced vegetarian diet is better compared to a diet that is taken with meat.

There are a lot of misconceptions about being a vegetarian; protein is one of the main topics of debate as a lot of people think that you can only get protein from meat. Vegetarians get a lot of protein, if they eat a variety of fruits, vegetables, grains and legumes. What vegetarians don’t get is the excess protein of traditional American diet, excess that leads to kidney overload and mineral deficiency diseases.

A lot of people also think that a vegetarian diet is not a balanced diet. Vegetarian diets have a proportion of three macronutrients, which are complex carbohydrates, protein, and fat. Vegetarian food sources (plants) tend to be higher sources of most micronutrients. Another myth that needs to be clarified is the so-called lack of calcium among vegetarians. Many vegetables, especially green, leafy ones, have a good supply of calcium. The truth is that vegetarians suffer less from osteoporosis (a deficiency of calcium that leads to weak bones).

It is not my intention to force people to become vegetarians. However, vegetarianism is my answer to complete health and wholeness. The three issues to consider in regard to vegetarianism are: spiritual, mental, and physical (nutritional). The spiritually aspiring person attempts to work on his/her self. The purpose of spiritual growth is to move away from the animal nature into the more human nature that God intended for us to have. Meat eating inhibits this. Again, the same science that sometimes attempts to ignore the existence of a force higher than man also has proved, in the laboratory, that aggression levels are much higher in meat eaters than non-meat eaters! The animal instincts become more powerful every time you eat meat. Another spiritual aspect of being a meat eater is when one must question the necessity and the method as well as the karma of killing animals. However, everyone has their own morals which they must determine for themselves. It is not the purpose of my dissertation to force a specific moral behavior on anyone.

Most spiritual people believe auras. Kirilian photography shows us that a force field remains around dead or amputated tissue. You adopt that animal aura when you eat a dead animal. Fruits and vegetables have a higher vibrational aura than animal products.

Is it not personal evolution that the spiritual candidate is interested in? If so, meat eating is urgently prohibited. “You are what you eat”, is a slogan that I love to use to show the mental aspect of vegetarianism. When animals are slaughtered, fear and aggression enzymes are shot into their cells from their glands and other organs, just as in humans, and are part of the dead carcass that goes on to the food store. They remain in the meat until the consumer ingests those same enzymes, which are molecularly very similar to those found in humans. Fruits and vegetables do not have emotions; therefore, when they are picked they do not release any emotions cells prior to digestion. The enzymes within fruits and vegetables supply the body with sufficient nutrients that will always uphold a healthy state of mind.

Fruits and vegetables are high in nutrients; the very thing the body needs to live a long disease and pain free life. The same cannot be said for meat. Nutritionally, the alkaline-based digestive system of humans will not properly break down substantial acid substances, the greatest of which is meat. Colon cancer is rampant! This is caused by the slow evacuation and the putrefaction in the colon of the remains of meat. Lifelong vegetarians never suffer from such an illness.

Many meat eaters believe that meat is the sole source of protein. However, the quality of this protein is so poor that little of it can ever be utilized by humans because it is incomplete and lacks the correct combination of amino acids, the building blocks of protein. Studies show that the average American gets five times the amount of protein needed. It is a common medical fact that excess protein is dangerous, the prime danger being that uric acid (the waste product produced in the process of digesting protein) attacks the kidneys, breaking down the kidney cells called nephrons. This condition is called nephritis; the prime cause of it is overburdening the kidneys. More usable protein is found in one tablespoon of tofu or soybeans than the average serving of meat!

Have you ever seen what happens to a piece of meat that stays in the sun for three days? Meat can stay in the warmth of the intestine for at least four days until it is digested. It does nothing but wait for passage. Often, it usually stays there for much longer, traces remaining for up to several months. Colonic therapists always see meat passing through in people who have been vegetarians for several years, thus indicating that meat remains undigested there for a long time. Occasionally this has been documented in twenty-year vegetarians!

Some vegetarians claim they are more satisfied after they eat. The reason for this is that there are fewer ketones (protein-digestive substances) formed when vegetable protein is digested. For many, ketones cause a trace amount of nausea which one normally interprets as a decreased desire for food due to this uncomfortable and slight degree of queasiness. Although the body calls for more food, the taste buds tolerate less. This is the danger of the popular high-protein diet substances on the market. This abnormally high level of ketones is called ketosis and refers to the state of starvation that the body incurs due to the inability of the appetite to call for nutrition. Most Americans who eat the wrong type of carbohydrates never recognize the high amount of complex carbohydrates required to overthrow this condition. Also, when the blood ketone level is too high, it results in abnormally acidic blood, called acidosis. Tigers or lions who eat meat and grow strong on it have acid-based digestive systems. Our hydrochloric acid isn’t strong enough to fully digest meat. Also, their intestines are in a straight run of about five feet long, not twisted and turned, layer over layer, compacted into a small area like the human intestine, which is twenty feet long.

Meats are frozen for a long period of times. Some meat (especially poultry) is frozen up to two years. Cold temperatures do not kill all species of bacteria. Worse than this, as it is shipped and stored, most frozen meat is thawed and refrozen many times. This is almost unavoidable. Meat eaters suffer more frequently from various types of food poisoning than vegetarian eaters, so much so that statistics show that every American has had food poisoning on at least one occasion. When you’ve felt ill, out-of-sorts, had diarrhea, or were just a little sick to your stomach, no doubt you had not the slightest idea that you had been poisoned by scavengers living off the dead carcass you just ate.

Meat is costly and it is the most wasteful source of resources. When one removes meat from his or her diet, a whole new world of eating opens up. Cooking and preparing vegetarian style is no more time consuming than cooking meat. It costs less than half as much to eat vegetarian as it does to eat meat. There are excellent, nutritious, and easy to prepare vegetarian dishes that are Italian, Chinese, Indian, Mid-Eastern, French, Spanish, etc. Additionally, one can enjoy many other foods that he has never tasted because of the meat craze. Most consumers have eaten no more than five or six varieties of beans and legumes — less than 10% of what is available and grains, including different appetizing types of wheat, nuts, and seeds. And they can be prepared very creatively!

In my opinion, there are far more benefits to becoming a vegetarian then there are becoming or staying a meat eater. Due to the fact that I was raised on meat, I have the wonderful experiences from both worlds. As a meat eater, I was constantly sick, tired, and overweight. As a vegetarian, I am healthy, full of energy, and maintaining a perfect weight. I love being a vegetarian and it shows. Because I wish the best for myself, it’s just second nature to want the best for others. From my past experience and research, going vegetarian is the best thing anyone can do for their mind, body and spirit.