Physical Advantages of Being Vegetarian 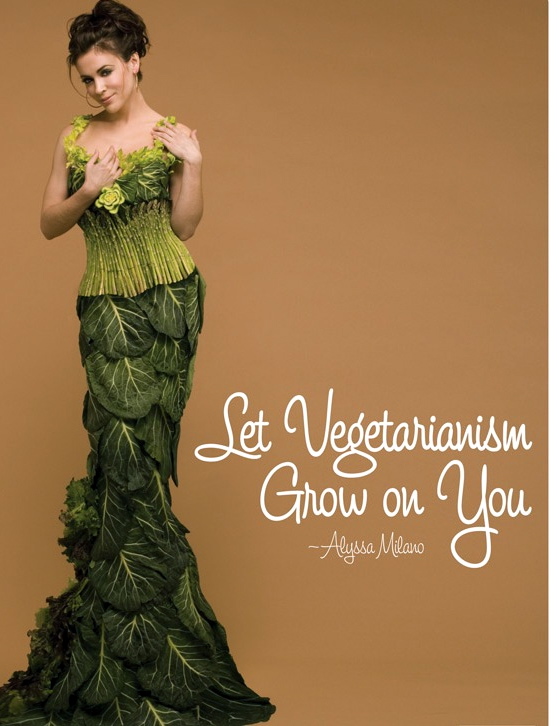 Before we begin to discuss the advantages of being vegetarian, we would like to describe the different types of vegetarians.

Lacto-ovo-vegetarian: Eats no meat, poultry, or fish, but includes dairy products and eggs in the diet along with plant-based foods.

Lacto-vegetarian: Excludes all animal products except dairy products. Includes all plant-based foods in the diet.

Ovo-vegetarian: Excludes all animal products except eggs. Includes all plant-based foods in the diet.

Vegan or pure vegetarian: Vegan is pronounced “vee gun.” Some people distinguish between vegan and pure vegetarian, considering the pure vegetarian one who eats no animal flesh, no dairy products, or no eggs, and follows a strict plant-based diet for dietary reasons only. While vegans follow a diet consisting of plant-based foods only, some are further committed to a philosophy that respects animal life and the ecology of the planet. As a result, vegans also do not eat honey because many bees are killed in the process of forced procreation to maintain the beehive and the continued production of honey.

Vegans do not eat sugar, because sugar is clarified over animal bones in the final steps of refining the sugar. Vegans also avoid gelatin, which is made from the bones, skin, and connective tissue of animals. Because vegans consider the ecology of the planet a priority along with concern for animal rights, they shun the use of leather, wool, silk, goose down, and any foods or goods that have been processed using animal products. Their concern is that the planet’s future resources have been harmed and animals have suffered in order for these products to come to market.

Fruitarian: The fruitarian has a simpler diet consisting only of fresh fruits and some vining foods that are technically considered fruits, but have been used as vegetables. These vegetable/fruits include cucumbers, tomatoes, and avocados.

Raw foodist: Those who follow the raw food diet include all fruits, vegetables, nuts, seeds, and soaked and sprouted grains and legumes. Further, the raw foodist does not cook or heat the foods, but eats them only in their natural, raw state in order to preserve their valuable enzymes.

Living foods diet: Those who follow the living foods diet include a broad variety of fresh fruits, vegetables, nuts, and seeds, soaked and sprouted grains and legumes. In addition, they will warm some of their foods in a dehydrator with a temperature regulator. In order to preserve the valuable enzymes that raw foods contain, some foods can be warmed to temperatures no higher than 105 degrees, while others will tolerate a little higher heat at 115 degrees. Vegetarian diets low in fat or saturated fat have been used successfully as part of comprehensive health programs to reverse severe coronary artery disease.

Vegetarian diets offer disease protection benefits because of their lower saturated fat, cholesterol, and animal protein content and often higher concentration of folate (which reduces serum homocysteine levels, antioxidants such as vitamins C and E, carotenoids, and phytochemicals. Not only is mortality from coronary artery disease lower in vegetarians than in non-vegetarians, but vegetarian diets have also been successful in arresting coronary artery disease. Total serum cholesterol and low-density lipoprotein cholesterol levels are usually lower in vegetarians, but high-density lipoprotein cholesterol and triglyceride levels vary depending on the type of vegetarian diet followed. Vegetarians tend to have a lower incidence of hypertension than non-vegetarians. This effect appears to be independent of both body weight and sodium intake. Type 2 diabetes mellitus is much less likely to be a cause of death in vegetarians than non-vegetarians, perhaps because of their higher intake of complex carbohydrates and lower body mass index.

A well-planned vegetarian diet may be useful in the prevention and treatment of renal disease. Studies using human being and animal models suggest that some plant proteins may increase survival rates and decrease proteinuria, glomerular filtration rate, renal blood flow, and histologic renal damage compared with a non-vegetarian diet. Plant sources of protein alone can provide adequate amounts of essential amino acids if a variety of plant foods are consumed and energy needs are met. Research suggests that complementary proteins do not need to be consumed at the same time and that consumption of various sources of amino acids over the course of the day should ensure adequate nitrogen retention and use in healthy persons. Although vegetarian diets are lower in total protein and a vegetarian’s protein needs may be somewhat elevated because of the lower quality of some plant proteins, protein intake in both lacto-ovo-vegetarians and vegans appears to be adequate.

One of my favorite benefits of having a vegetarian diet is that there is no cholesterol in any vegetable source of food. Even peanuts are rich in fat but have zero cholesterol. Coconuts are very rich in fat but no cholesterol. Any animal product has tremendous amounts of cholesterol. But our body does not really need the intake of cholesterol (LDL). Our liver produces healthy cholesterol (HDL). High cholesterol deposits in the body cause gallstones, gall bladder problems, rheumatoid arthritis, muscle, tendon and joint problems, not to mention heart-related diseases. When children are given cholesterol, when even proper growth has not taken place, they become hyperactive or lazy; they get cancer, obesity, nervous and irritable at a younger age. It has been researched that you don’t need anything more than complex carbohydrates to provide all the nutrients in a perfect diet. If you eat three different types or varieties of complex carbohydrates per day you can get all the amino acids.

Dr. Gary Fraser, Professor of Epidemiology at Loma Linda University, affirms that fruit, vegetables and fiber protect one against heart diseases. It has been clinically tested that because of less fat and zero cholesterol, vegetarian diet is much better. So, when you try a fruit and vegetable diet, you will find yourself light, relaxed and spiritualized. Remember that what you eat and what you think is what you are. The food taken into your body is what gradually, but surely forms your thought-patterns. And your thoughts, both conscious and subconscious, are in total control of your body’s health or lack of it. So, you have a responsibility towards yourself.