Evidence for the Existence of God: Neurobiology 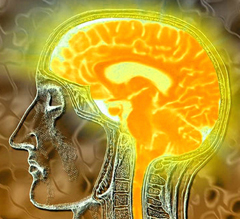 Are you your body, or something more? Is there part of you that can function independently of your physical brain and body? How does this part relate to the rest of you? Does this part survive the death of your physical body? If so, where does it go after death? Let us explore these fundamental questions, which have challenged the greatest minds throughout history.

First, note that psychological states are influenced by the chemical state of the brain. Drinking alcohol or taking certain drugs profoundly influences our psychological experiences. When certain parts of the brain are damaged, certain abilities are impaired or lost. Many people take this to mean that human beings are nothing more than their physical bodies and that the mind is nothing more than a name for complex electrochemical events in the brain: the physical brain and body are everything, and mind and consciousness are totally dependent on them.

But there is another hypothesis consistent with the facts: the hypothesis of a non-physical conscious self that monitors the brain and translates a particular pattern of electrochemical events in the brain into a particular psychological experience. For example, when you look at a man wearing a red shirt, a specific pattern of electrochemical events is established in your brain, and the conscious self recognizes this pattern and translates it into the experience of seeing a man wearing a red shirt. Because we are strongly addicted to enjoying our physical bodies (for example, try renouncing sex or your favorite foods), we have forgotten that we are inherently different from these bodies. This strong attachment to and identification with our bodies obliges us to accept the impairments and limitations arising from damage to our bodies, although we ourselves are never actually impaired or damaged. This identification generally persists until the body is completely unusable for sense gratification, at which time we abandon it and obtain another.

Reincarnation is supported by extensive empirical evidence published by scientists at major universities, as presented in our article Evidence for Reincarnation. This empirical evidence is very impressive due to the large database and careful documentation. Moreover, the article also eliminates alternative explanations, beginning with normal means of communication (including fraud), which is ruled out by the knowledge the subjects have of obscure, detailed and verified events in the lives of the identified previous personalities, who are generally ordinary people, which means that their lives were never publicized in any way. Next, ESP is ruled out. Then possession and intermittent influence by the discarnate previous personalities are ruled out, leaving reincarnation as the only viable explanation for the data. I recommend reading Evidence for Reincarnation, which provides the strongest case I have ever seen that each one of us is inherently different from the physical body and able to function independently of it.

Some scientists, who are unfortunately very vocal, dogmatically refuse to examine this evidence, and so they are unaware of how impressive the evidence for transcorporality actually is. But all scientists accept the findings of modern neurobiology as reported in thousands of papers in peer-reviewed scientific journals and backed by hundreds of professors of neurobiology at the finest universities in the world. It is therefore very important to consider an argument for transcorporality based on this neurobiological evidence. The neurobiology of vision has been extensively studied during the last forty years at major universities around the world. There are a number of websites on this, for example the University of Utah website http://webvision.med.utah.edu/VisualCortex.html
(See especially the scientific papers listed in the bibliography).

When light enters the eye, it is focused on the retina, which consists of highly-specialized cells at the rear of the eye. The retina transforms this light into complex electrochemical events, which are sent to the brain via the optic nerve. Hundreds of millions of neurons in various parts of the brain are involved in vision. A common form of electrochemical event, known as an action potential, is a triangular-shaped voltage wave that propagates along the output conduit (generally known as the axon) of a neuron. This voltage wave is created and sustained by a carefully-orchestrated flow of potassium and sodium ions through the cell walls of neurons and their axons. The orchestrated flow is mediated by highly-specialized molecules known as voltage-controlled protein gates, which are situated in the cell walls of neurons and their axons. For nice references on this, including animations, please see:

How can we explain the fact that our actual conscious experience of seeing is qualitatively completely different from the electrochemical events in the brain? When you look at goldfish swimming around in a blue fish tank with various colorful rocks and seaweed, the only physical events occurring in your brain are the motions of various ions and molecules. But you are not aware of the motions of these ions and molecules—you are aware of the fish and the seaweed and the rocks. There is a huge gulf of difference between the motion of ions and your conscious experience of seeing fish swim. Therefore, you, the conscious self, the one who actually experiences seeing different scenes, must be fundamentally different from your brain and body. Thus, we have arrived at a profound realization: each one of us is inherently different from our physical brain and body.

It appears that the agent that creates our visual perceptions must have superhuman powers. This is underscored by the fact that He is doing this simultaneously for trillions of humans, animals and insects at every moment! It appears that this agent must be God. If that is not enough, neurobiologists have ascertained that each of our other senses (ears, nose, tongue, and tactile sense) operates in a way similar to our eyes: incoming stimuli are transformed into particular patterns of electrochemical events in the brain. Thus, God is creating all of these conscious perceptions according to these particular patterns in trillions of brains at every moment!

Thus far we have discussed sense perception. But what about willed action? Signing your name requires the coordinated action of a team of muscles. According to neurobiologists, such an action can only occur when the right pattern of electrochemical impulses travels along specific nerves to the hand. But such a pattern of impulses can only occur when the right pattern of electrochemical events takes place in the brain. A human being has no knowledge of which electrochemical events should be created in the brain to move his hand in a certain way, and even if he had this knowledge, he has no power to create these electrochemical events. Certainly animals and insects also lack this knowledge and power. Nevertheless, humans, animals and insects are moving around and performing complex actions in accordance with their desires. This is further evidence for the existence of God.

The following statement appears in a chapter entitled “Prayers by the Personified Vedas” (Chapter 86) in Krsna: The Supreme Personality of Godhead: “Thus the Vedic statements describe that the Absolute has no legs, no hands, no eyes, no ears and no mind, and yet He can act through His potencies and fulfill the needs of all living entities. As stated in the Bhagavad-gita, His hands and legs are everywhere, for He is all-pervasive. The hands, legs, ears and eyes of all living entities are acting and moving by the direction of the Supersoul [God] sitting within the living entity’s heart. Unless the Supersoul is present, it is not possible for the hands and legs to be active. The Supreme Personality of Godhead [God] is so great, independent and perfect, however, that even without having any eyes, legs and ears, He is not dependent on others for His activities. On the contrary, others are dependent on Him for the activities of their different sense organs. Unless the living entity is inspired and directed by the Supersoul, he cannot act.”

This indicates that although the devas (empowered servants of God) and subtle elements such as kham, manas, buddhi and ahankara are involved in terrestrial sense perception and willed action, they are intermediaries who are created and controlled by God (Bhagavad-gita As It Is 7.4)

This is confirmed in Bhagavad-gita As It Is (13.23): “Yet in this body there is another, a transcendental enjoyer, who is the Lord, the supreme proprietor, who exists as the overseer and permitter, and who is known as the Supersoul.” Srila Prabhupada wrote in his purport to this verse: “It is stated here that the Supersoul, who is always with the individual soul, is the representation of the Supreme Lord. He is not an ordinary living entity. Because the monist philosophers take the knower of the body to be one, they think that there is no difference between the Supersoul and the individual soul. To clarify this, the Lord says that He is represented as the Paramatma in every body. He is different from the individual soul; He is para, transcendental. The individual soul enjoys the activities of a particular field, but the Supersoul is present not as finite enjoyer nor as one taking part in bodily activities, but as the witness, overseer, permitter and supreme enjoyer. His name is Paramatma, not atma, and He is transcendental.

There are innumerable living entities, and He is staying in them as a friend. The fact is that every individual living entity is eternally part and parcel of the Supreme Lord, and both of them are very intimately related as friends. But the living entity has the tendency to reject the sanction of the Supreme Lord and act independently in an attempt to dominate nature, and because he has this tendency he is called the marginal energy of the Supreme Lord. The living entity can be situated either in the material energy or in the spiritual energy. As long as he is conditioned by the material energy, the Supreme Lord, as his friend, the Supersoul, stays with him just to get him to return to the spiritual energy. The Lord is always eager to take him back to the spiritual energy, but due to his minute independence the individual entity is continually rejecting the association of spiritual light. This misuse of independence is the cause of his material strife in the conditioned nature. The Lord, therefore, is always giving instruction from within and from without. From without He gives instructions as stated in Bhagavad-gita, and from within He tries to convince the living entity that his activities in the material field are not conducive to real happiness. ‘Just give it up and turn your faith toward Me. Then you will be happy,’ He says. Thus the intelligent person who places his faith in the Paramatma or the Supreme Personality of Godhead begins to advance toward a blissful eternal life of knowledge.”