Behind Nature is the Brain of God 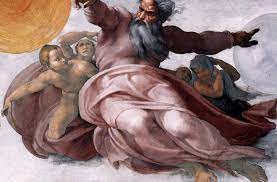 “Attracted by electricity throughout the sky and driven by forceful winds, clouds gradually cover the surface of the earth to satisfy the needy people by supplying water, which is the substance of their life. The clouds bestow rains upon man as the mercy of the Lord, who is always kind to the needy living being.”

A.C. BHAKTIVEDANTA SWAMI (from The Light of the Bhagavata) –We should always know that God is ever kind to us. Despite our gross disobedience to the laws of God’s nature, the Lord is kind enough to look after our maintenance. Water is one of the most important items for our maintenance, because without water we can neither produce food grains nor quench our thirst. Water is also required very liberally for many other purposes. Thus the Lord has preserved water on three fourths of the globe and has made it salty to preserve it. Salty water does not decompose, and that is the arrangement of providence. The Lord has engaged the powerful sun to evaporate the water of planets like earth and distill it into clear water in the clouds and then stock it on the peaks of mountains, as we stock water in overhead tanks for later distribution. Part of the stock of water is refrigerated into ice, so that it will not flood the earth for no good purpose. The ice melts gradually throughout the year, flows down through the great rivers, and glides down to the sea again for preservation.

Therefore the laws of God’s nature are neither blind nor accidental, as men with a poor fund of knowledge conclude. Behind the laws of nature is the living brain of God, just as there is always a lawmaker behind all the laws of the state. It does not matter whether or not we see the lawmaker behind the common laws; we must admit that there is a lawmaker. Matter can never work automatically, without a living hand, and therefore we must admit the existence of God, the supreme living being, behind the laws of nature. The Lord says in Bhagavad-gita that nature works under His superintendence. Nature is only a power, and behind the power is a powerhouse and a brain, just as behind electrical power there is an electrical powerhouse, where everything is conducted by the brain of the resident engineer. The material nature works so nicely, and not blindly, because of the superintendence of the supreme powerful God. In the Vedic hymns (Atharva Veda) the same thing is confirmed. It is only under the superintendence of God that all the natural laws are conducted.

The Lord distributes His mercy in the form of rains on the scorched earth at times of dire necessity. He supplies rain when we are practically on the verge of death for want of water. God is merciful undoubtedly, but He bestows His mercy on us when we need it most. This is so because we forget God as soon as we obtain this mercy. We should therefore remember the mercy of God constantly if we want to avoid distress. We are eternally related with Him, despite the state of forgetfulness already described above. Bhagavad-gita confirms that the laws of nature are stringent because they are conducted by three different modes. But one who surrenders unto the Lord overcomes the stringency of nature easily.